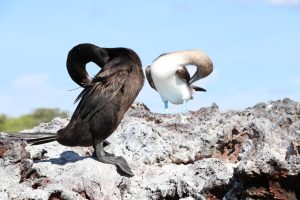 Many people believe that their emotions will dissipate without having to address them. They believe that in time the emotions will make their way to the background and be replaced with more pertinent and pressing issues, without being understood or faced.

I don’t think so. They might not be on the forefront of our minds, but once brought up they are stored in our cells and organs, waiting to be washed clean with growth and introspection. Releasing emotions is a thing…just as important as anything else. It needs to be faced head on with courage and compassion and with as little judgment as you can muster.

How do you do get emotions out of your body? Talking about them helps to understand what your triggers are, but talking alone doesn’t do it all. One way to physically release pent up emotions is to stand with feet about hip width apart and knees slightly bent. Gently bounce up and down letting your shoulders sink and arms flop. At first it might feel silly, but after about ten minutes you might feel unable to hold onto anger and grief and any other negative emotions that used up space in your precious body. You will be helpless against the current of release, and that is a good thing. Did you ever watch a duck after an altercation with another? He shakes his butt, tosses his head and flaps his wings to their full extension almost pulling him out of the water, then peacefully swims off making little ripples in the pond. He’s done.

Another method for releasing unwanted emotions from the body is EFT, or Emotional Freedom Technique. Through a series of tapping on specialized points you can let go of whatever you are holding on to. Speaking the truth in affirmations while tapping on these points can also physically release emotions that hold you back in outdated beliefs. It’s all about self-awareness and taking responsibility. Whatever works for you (and I don’t mean a vodka tonic) will help to create a healthy future.  Go for it!  Your future is worth your investment.

One Response to “Facing Emotions and Shaking Them Off”