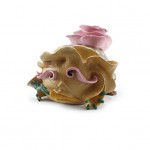 Creating seven zany, playful sculptures was the inspiration for me to write children’s books.  It was a spontaneous course that emerged from my fingers immersed in clay with no direction except the desire to laugh.  The seven sculptures became The Woochibies, a group of characters in stories that I was going to write about a magical wonderland where anything was possible.  It was going to be a place of wonder and freedom that children shared with their parents, inviting both to become children again.  I wrote several stories and each one opened a door to creative delight, love and acceptance.

Somewhere along the line, I became more obsessed with being a published author than with the joy of the story.  I was working too hard toward a goal. I became driven by the image of the final product. That goal shadowed my inner sense of resonance and passion for each story.  My need to teach children about morals and healthy choices overcame my ability to let go of the outcome.  It became forced and I was in defiance of conventional guidelines.  I rebelled against the competition for agents and attention of publishers.  It was a career based on outward success and achievement and the struggle to be unique.  When I realized that I had lost the original pure intention, I decided to put it aside and go inward. 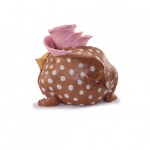 w that I am trying less, I feel like I am closer to feeling what truly matters.  Struggle was telling me that I was on the wrong path.  Being at ease with my soul is the fountain of creative energy.  Poet and philosopher, Mark Nemo, spoke of giving up what no longer works in order to stay closer to what is sacred.  I believe that I will revisit writing stories for children.  And, when that happens, you can be sure that I will be writing from a place of gloriously authentic love and purity of intention.

3 Responses to “Righting My Writing”