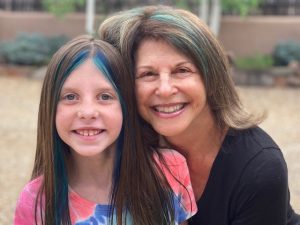 It was a small gathering organized by my friend to bring her home back to life after a long and quiet hiatus.  The table was overflowing with taco fillings, fresh fruit and whatever anyone wanted to contribute.  Typical of Santa Fe people came dressed in bicycle shorts or summer dresses.  Two people even brought their dogs to join in the celebration.

I saw someone whom I had met once  before – a transgender woman with warm eyes and a huge smile.  The conversation bounced from the plant paradox diet to hiking trails to personal stories and venues for live music.  Behind the conversations I was curious about this woman and her decision to live as her true self, her soul essence.  I wanted to ask her a question, but it didn’t seem like the right time or place for it.  What I wanted to ask was, “What does being a woman mean to you?”  After living most of her life as a man, what was it about being a woman that freed and liberated her spirit?  Later that night I wondered what I would say if someone asked me what being a woman meant to me.  It was shocking that I had a hard time coming up with an answer.  I really didn’t know.

Then a few days later, while watching the Olympic swim matches, the answer came to me.  I noticed that after a tough race when a woman victor saw her score and realized that she won she was ecstatic!  Then she turned to the others and accepted their congratulations.  Across the lanes and the countries that they represented they hugged each other.  They all participated by offering congratulations to the winner and acknowledgement to the losers for a race well done.  There was a sensitivity and connectivity to others, a humble heart and fully felt pride and ecstasy.  When a man won, he punched the water, and sometimes his chest, and let out what seemed to be a primal scream of pride and dominance.  Other swimmers might have offered a fist bump or pat on the back.  They all did not share in the event.  There was a winner and he was  separate, above and beyond, the others.

There are exceptions to each gender reaction to the Olympic experience.  I want to be clear that both feminine and masculine qualities are necessary and valuable, and they don’t always fall into defined groups.  And, of course, these are my observations without anyone telling me what their thoughts and feelings were at the time.  But I began to understand and verbalize something that was nebulous to me before.  Women seem to be aware of others and their emotional experiences.  There is a tender sensitivity and caring expressed through communication and acknowledgement.  An openness to those around her.  Her victories and struggles exist in the arena of others.  All of the athletes trained and sacrificed in countless ways that were personal to them, but many of the women seemed to appreciate her competitors’ journeys in addition to hers.

On a personal note, I want to thank all of you for still reading my posts.  I stepped away from writing them for a year.  I promised myself that I would only write posts when I felt that I had something to say that might benefit or interest those reading them.   I truly appreciate your being here!  I hope that you are well and have come out of this strange and challenging year and a half with renewed insight.  And, now more than ever, I welcome your comments and participation.