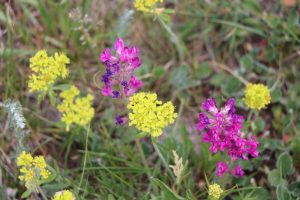 After a lovely dinner, my friend and I decided to stroll the streets of the village and enjoy the crisp air. As we were walking down a particular street, we heard shouting. It appeared that a mother and her daughter were having an angry argument. We couldn’t hear everything that was said, but we got the gist of it and tried to stay away from the area in conflict.

When we got past them we both let out a sigh of relief.

“What an argument!” my friend said. “I feel sorry for the mother. That child was unreasonable.”

“I was feeling badly for the daughter because the mother didn’t hear anything that the daughter was saying,” I said.

We each empathized with a different person, which probably said more about us than them. Given the same information, our subjective minds interpreted it according to our own predispositions.

Researchers say that 95% of our knee-jerk reactions and what we believe are based on stories that we were told in early childhood. Those automatic and subconscious stories determine our ability to heal, our self-images and sense of inner power and type of involvement in relationships. According to research by Dr. Bruce Lipton and Dr. Lissa Rankin those stories influence our physical health and which genes will be activated. It is possible to change those beliefs, but it takes conscious effort. With so much at stake, I think that it is worth it.

“Mind Over Medicine” by Dr. Lissa Rankin offers some guidance on how to understand and re-program our minds with new stories. My 91-year-old mother recommended the book to me, and was so emphatic that she sent it to me. I’ve just started reading it and am mesmerized by the medical studies that support her theories. Mom does it again!

2 Responses to “What Did You Hear?”