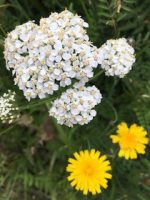 In a calm voice of equanimity Nelson Mandela told of when he was sitting in a cafe and noticed a man at a neighboring table who was looking down and was very nervous. President Mandela asked the waiter to invite the man to come sit at his table. It turns out that when Mandela was in prison and was laying on the floor after being tortured and begging for water, this man came over and urinated on his head. This is one of the most horrid stories that I have ever heard. It is the ultimate of degradation, inhumanity, cruelty and humiliation. It is the lowest, basest expression of human life imaginable. I couldn’t get this out of my mind and woke up that night weeping. Why do I bring this up? The answer is not in what the man did, but that President Mandela invited the man to sit at his table. How does one become so noble? So strong? So determined to face the atrocities in his life and rise above them? His gesture did not condone or forget what the man did, but through it he did not allow the vilest transgression to define him or mandate how he would respond.

This is not the same but it reminds me of the Buddhist practice called “Inviting Mara to Tea”.  Mara represented the shadow side of human nature. It appeared in many forms such as violent storms, raging demons or an assaulting army to test the Buddha as he was learning about life. With steadfast devotion and inner resolve Buddha faced his fear and said, “I see you, Mara”. In time, after many varied assaults and temptations, he started inviting Mara to join him for tea showing his powerful ability to diffuse anyone’s control over him and experience all with equanimity.

I want to stress again that I am not comparing President Mandela’s horrific treatment to what feels like a casual acceptance. My purpose is always to introduce conscious awareness on how to navigate our feelings and experiences and maybe learn from others.  I recant these stories with tenderness and sensitivity to the gravity of their effect on a life.